Dr. Walters is in his first year as Principal at McMillan. Prior to serving in this role, Dr. Walters was an Assistant Principal at Omaha North, Omaha Burke, and AHSTW Community Schools. He taught middle school and high school band for 14 years prior to becoming an administrator. He enjoys life as a Principal and looks forward to working with McMillan students each and every day. Dr. Walters is a proud Red Cloud Warrior, class of 1997. He attended college at the University of Nebraska at Kearney where he received his Bachelor of Arts in Education. He earned graduate degrees in Music Education from the University of Nebraska-Lincoln, an Administrative Endorsement from Wayne State College, and his Doctorate in Education Leadership from the University of Nebraska at Omaha. Dr. Walters and his wife place great importance upon family and both enjoy spending time with their 5 children and 6 grandchildren. Dr. Walters embraces the #builtforthis mentality and works to make McMillan Magnet the place for all families and students to succeed. No matter where he serves, Dr. Walters' mission is to inspire, improve, and encourage growth in all interactions.
A powerful quote from him is: "Our greatest achievement is to be sure there is a teacher in every classroom who cares that every student learns and grows and feels like a real human being." - Donald O. Clifton, The Gallup Organization.
Phone number: 531-299-3923
Twitter: @OPS_MacPrncpl

Mr. Alex Curran is in his first year at McMillan, serving as Assistant Principal/ Athletic Director. Mr. Curran has been in the district for 14 years, predominantly serving the North Omaha community. Recently Mr. Curran was a Dean of Students for 3 years in the Alternative Programs supporting Secondary Success Program, Blackburn, and Parrish. Prior to serving as a Dean, Mr. C was a School Support Liaison serving many elementaries in the district. Mr. Curran started in OPS, teaching at Lothrop Magnet and Coaching for 10 years at King Science and Technology Magnet.

Mr. Curran is very excited to be serving McMillan and providing ALL students with opportunities to help mold them into successful members of the community. For any assistance with activities or things going on at McMillan, please feel free to email or call at any time.Go Monarchs! 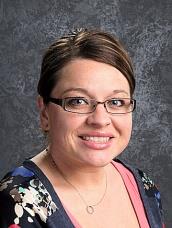 Antoinette Davis has a Bachelor of Arts in English from Missouri State University, a Master of Science in Education from University of Nebraska at Omaha, and a Master of Arts in English from Creighton University. She has worked in Omaha Public Schools since 2009 as a Paraeducator and a 6th grade teacher at Hartman Elementary. She has worked at McMillan Middle School for 7 years as an ELA teacher, Reading Interventionist and now Instructional Facilitator. As an Instructional Facilitator, she is dedicated to ensuring students receive a well-rounded education that will prepare them for success throughout their lives.

How long have you been at McMillan?

I am in year 7 at McMillan Middle School.

What are your roles?

Instructional Facilitator: develops a learning plan to ensure that a curriculum meets the standards for middle school education, including the implementation of techniques and technologies for each teacher to reach the students in their class.

Stacey Rawlings believes in making a difference. She has a Bachelor of Science in Elementary Education and a Masters in K-12 school counseling from the University of Nebraska at Omaha.  Miss Rawlings has also received an endorsement in Administration from Wayne State.  Born and raised in Omaha, Nebraska Miss Rawlings is a graduate of the Omaha Public Schools and proud to be serving the community for her 24th year.  Miss Rawlings started her career as a teacher for 3 years.  She has had the privilege of working with elementary and middle level students as a school counselor and is very excited for her 6th year at McMillan Magnet!  Miss Rawlings believes that all people are born with strengths and gifts and is honored to help students discover the amazing things about themselves and their families throughout their educational journey, whether mountains or valleys.  She strives to encourage others to tap into their strengths and their dreams!  Not wanting to leave herself out, she wrote a children’s book illustrated by her son published in 2018 to prove it is never too late to make dreams come true.

Miss Rawlings favorite quote is by Dr. Martin Luther King Jr. from his speech A Proper Sense of Priorities. “The time is always right to do what is right.”

Mrs. Demetria Ballard has served as the 8th grade counselor at McMillan since 2021. McMillan is like home to her since she attended the MAC as an 8th grade student! Mrs. Ballard is also a proud Omaha North alumna graduating from the class of ’95.

Mrs. Ballard received her bachelor’s degree in elementary education from UNO in 2000. Several months later, she was hired by the Omaha Public Schools. Over the course of her teaching career, she has taught in grades 3, 5, and 6. In 2012, Mrs. Ballard received a Master’s Degree in Educational Administration from Concordia University.

In 2018, Mrs. Ballard decided to pursue a degree in school counseling after founding a youth girls program called The Chrysalides Project. The program provided afterschool programming that teaches life skills such as effective communication, fitness and nutrition, and confidence/self-esteem. After several years of mentoring youth girls ages 8-19, and supporting families as they helped their teens transition into adulthood, she discovered that school counseling is the field that she wanted to serve in. What intrigues Mrs. Ballard about the school counselor position is the idea of helping students and their families in the school setting work through conflict in an effort to help them be successful at home, school, and in the community.

Mrs. Ballard and her husband have been married for 23 years and have four children, and believes that “family is everything”.

Mr. Wallace has a Bachelor of Arts in Social Work from the University of Nebraska at Omaha and a master’s degree in social work from Springfield College. Mr. Wallace has experience with working in Child Welfare, Foster Care, Adoption, Medical Social Work and Private Practice Therapy. Mr. Wallace has been a school social worker since 2017 and has always served at McMillan Middle School. Mr. Wallace spends his time outside of school spending time with his wife, children, and their two dogs. As a family they enjoy going to the park, the zoo, the pool or spending lots of time at the baseball field.

How Long have you been at McMillan?

I am starting my 7th year at McMillan

What are your roles?