Ms. Angelique Barone was born and raised in Moorhead, Minnesota which is a border city to Fargo, North Dakota. She attended Minnesota State University in Moorhead and received a bachelor’s degree in Elementary Education with minors in English and Early Childhood Education and a master’s degree in Curriculum and Instruction. She taught for over 12 years and then decided to pursue a second master’s degree in Educational Administration at the University of Nebraska in Kearney. Ms. Barone’s work in education includes both small and urban school districts in Minnesota and Nebraska. She has taught elementary and middle level students, was the High Potential Coordinator for the Minnetonka Public School District in Minnetonka, Minnesota and was an Instructional Facilitator for the Elkhorn Public School District in Elkhorn, Nebraska.

Prior to coming to Omaha Public Schools her administrative career included being a principal for seven years at Walnut Creek Elementary in Papillion, Nebraska and a middle school principal at Schroeder Middle School in Grand Forks, North Dakota. Since 2019 Ms. Barone has served as the principal of R.M. Marrs Middle school in the South Omaha community. Regardless of her position her mission is to support, inspire and care for those she serves.

Ms. Barone states that she knows Marrs is a very special place and that she is honored to be able to serve the students, staff, and families of this community. She believes that relationships are essential for schools to be successful and her favorite quote is “nobody cares how much you know, until they know how much you care” ~ Theodore Roosevelt 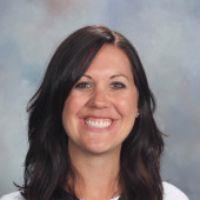 If you have questions or need assistance, please contact me any time.

My name is Tracy Mitchell, and I am an Assistant Principal and Athletic Director here at R.M. Marrs Magnet Center.